There was a 19% jump for multifamily building permits in August 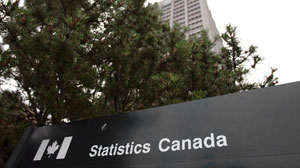 There was a strong gain for multifamily building permits issued by Canadian municipalities in August.

Statistics Canada reveals that the value of permits for this sector gained 18.8% to $3.3 billion with every province except Nova Scotia posting gains.

British Columbia accounted for more than half of the multifamily total (up $282 million) while Quebec saw a rise of $143 million compared to July.

For single-family homes there was a more modest 3.2% increase in permits issued, totaling $2.4 billion nationally. There was a record high for the St. Catharines-Niagara CMA with a $58 million increase to $102 million ahead of incoming cost increases for developments.

Overall permits issuance across all components of residential and non-residential totaled $9 billion, a 6.1% rise month-over-month.

Industrial gains
Non-residential permits were driven by the industrial sector, the only sector to post an increase.

Industrial permits gained 18.9% to $675 million, largely due to a high value bio-pharmaceutical facility in Toronto.

The value of commercial permits was down 5.9% to $1.9 billion, following gains in July but Quebec bucked the national trend with its commercial component rising $73 million.

Five provinces reported declines in the value of institutional permits, down 10.7% to $651 million.

British Columbia posted the largest declines in non-residential permits with lower values across all three components.